10 VoIP terms every business leader should be familiar with

With landline subscriptions dropping steadily, Voice over Internet Protocol (VoIP) is now the telecommunications system of choice for businesses. It offers competitive prices while providing unhindered flexibility and accessibility for today’s increasingly mobile workforce. It also eliminates the need for costly in-house systems that need regular maintenance and upgrades, thanks to the fact that most modern VoIP solutions are web-based.

Like any new technology, VoIP comes with its fair share of jargon. Business leaders will need to acquire a basic understanding of the common terms when evaluating the options available to them. Here are some of the most common:

An auto attendant, or virtual receptionist, is a voice menu system that directs callers to the right extension. The same function has been in use for decades in business, but the difference with a VoIP auto attendant is that it doesn’t go through a third-party telephone operator. Instead, it ensures callers get to speak to the right person as quickly as possible without incurring unnecessary costs.

Bandwidth refers to the maximum rate at which data can travel across a network. In the context of VoIP communications, the human voice is carried in the form of digital data. For the clearest calls, a single call ideally requires a download and upload rate of 1 megabit. Video calls consume much more, ideally at least 20 megabits for an immersive, high-definition experience.

A codec is typically a computer program (or, in some cases, a hardware device) that transforms and compresses data for faster transmission. VoIP communications use specialized codecs to enhance the quality and reliability of calls, with some being more effective than others.

Traditional landline telephony works by converting the human voice into an electrical signal. By contrast, VoIP is a data network that uses the same infrastructure as the internet, thus converting voice communications into digital information. This makes it possible to transfer communications over modern, high-speed networks.

VoIP calls aren’t just restricted to data networks. For example, you can use Skype to call a landline number and vice versa. These communications are enabled by VoIP gateways, which use session initiation protocol (SIP) services to connect VoIP systems with landlines.

IVR goes a step further than basic automated attendants to include full speech recognition capabilities to help reroute calls to the appropriate recipients. Applications can provide prerecorded voice responses, recognize callers’ voices, and hand off calls to the right departments.

A packet is a single unit of data used in packet-switching networks like VoIP communications. In VoIP, this packet is a cluster of digital data representing the human voice. A common issue with some VoIP systems is packet loss, which often occurs when there’s a large amount of network traffic. This results in dropped conversations, delays, and extraneous interference.

A PBX refers to a private telephone network used within an organization that’s also able to communicate externally. In its most common form, PBX is a blended telephony environment that makes use of VoIP and traditional analog communications. More recent PBX systems are usually cloud-based, which means companies no longer have to maintain costly on-premises servers.

A softphone is an application, such as Skype, for holding phone calls and video conferences without having to rely on dedicated hardware such as a traditional desk phone. Softphones can take the form of mobile or desktop apps or may even be entirely web-based. Cloud-based softphones are usable with any device with an internet connection and a microphone.

UC is a framework for integrating both real-time and asynchronous communications (like email and chat messages) with the goal of improving productivity and efficiency. Rather than being a single technology, UC is an interconnected system of things like telephony, email, and video conferencing. 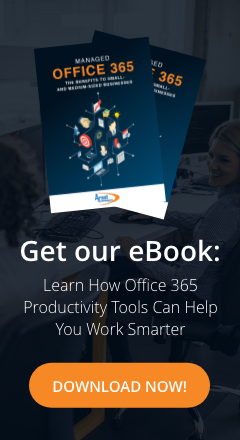 Learn How To Optimize Your Office Productivity Tools With Our Latest eBookCLICK HERE!
+ +